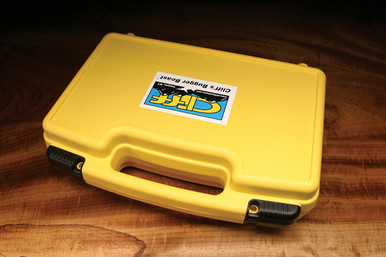 Cliff's Bugger Beast Jr.- The Cliff's Bugger Beast. There are anglers out there, like us, who like to throw meat, aka big flies. Big flies catch big fish, but the problem is, "How do you store them?" Cliff came up with an answer. The Beast Series uses the same time-tested, hook gripping, slotted blue material as our infamous Bugger Barn. If you are at the stage where you have accumulated and want to organize lots of big flies, these are the boxes for you.